HOW TO FIND BLACK DIAMOND LAKE & TIPS BEFORE YOU GO

Ever since I saw a photograph of the pristine, bright crystal-blue water of Black Diamond Lake, I wanted to go there.

Friends and I talked about going to Black Diamond Lake, throwing around ideas about road trips and camping trips and the works, but of course, they never actually got put into motion.

While holidaying in Australia’s South West, I decided to change that. I sent my friend Morgan the message – something along the lines of “WE STILL HAVE TO GO TO BLACK DIAMOND LAKE – BEFORE I GO!!!” And Morgz, being the enthusiastic person that she is, said ‘Yep, what about Thursday?’ And that was that.

Black Diamond Lake is located in Allanson, a community only 5km or so from the town known as Collie, roughly 190km from Perth.

Morgan drove down from Perth, and I drove up from Busselton. My trip was an hour and a half, while hers 2 hours or so. Either way, the lake isn’t too difficult to get to – Ferguson Road, the road the lake resides by, comes directly off Coalfields Highway, so there’s not a lot of fluffing about in small country-town roads.

I actually visited Black Diamond on the same day I did Barrabup Pool, so I won’t go into the details of the way I went. But if you’re traveling from Perth, take Kwinana Freeway South until it turns into Forrest Highway and eventually continue onto Old Coast Road. Then turn left onto Raymond Road, which you follow until you hit South Western Highway, at which point turn left and then a quick right into Coalfields – and then you’re on your way to Ferguson!

Once you’ve turned into Ferguson (a right turn onto an unsealed road), keep following for about 600m and you’ll see the first glimpse of the lake. Continue until you come to the first carpark on the right (it will be very obvious). There is lots of parking space there and easy access into the lake.

For those that don’t know, Black Diamond was formerly an open cut mine site that ceased operation in the 1950s and has since been filled with water.

Now it is probably at this point that I should mention the danger of the presence of amoeba in the water. There have been a few warnings issued about the water quality at Black Diamond – all the information you need can be found on the council’s report and also an article by WA today. (FYI, I put my head under the water and I’m still here kicking).
However, it is best to have all the info and make your own educated decision before you go.

I would recommend going on a really sunny, cloudless day, because this is when the water will look its best, shining the beautiful azure blue colour.

On the opposite side of the lake to the carpark, there’s a rope swing tied to a big tree. We couldn’t help ourselves – we had to have a turn. Though I would advise to jump directly straight and land on your feet, as it is very shallow on either side of this bank (and only if you’re willing to put your head under).

In terms of picnicking, the best idea I’ve seen was those who took tarps to use as shades between two cars (generally utes, but you could make do), or small tents, picnic rugs and tables and chairs. There’s not a lot of shade space at the lake, so get creative with your choice of gear and remember to Slip, Slop, Slap!

We made a full day-trip out of being at the lake. Eskies, rugs, you name it. It was such a beautiful setting, even just to sit and observe.

We found a limestone rock to set up our stuff on, rather than being down on the bank with everyone else around us. The rock gave us a higher view of the lake, but not so high that we couldn’t easily enter the water. It was the perfect setting.

It was a scorching 37 degrees (probably more in direct sunlight) on the day that we went, so we escaped into the cool water, lounging around on blow-up mattresses, watermelons, pineapples and various birds for most of the time.

Would you believe me if  I said that photos don’t even do this place justice?

It is another one of this world’s wonders that is worth seeing – especially when we don’t know how long we will be able to continue to visit, swim and enjoy the lake for.

I’m glad we made the trip. 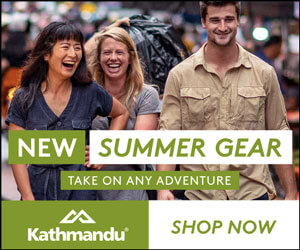